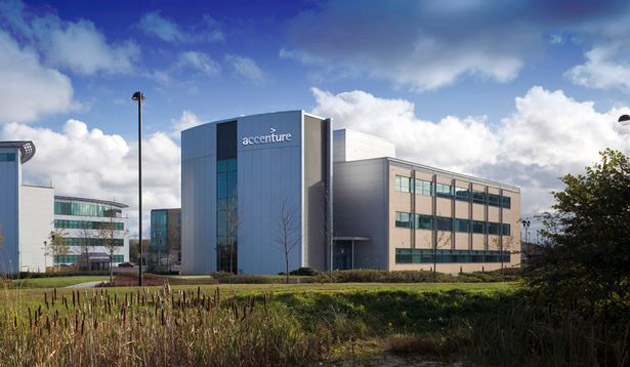 The news means hundreds of jobs are being created in the North East as part of a drive by the regions technology firms to grow the sector.

Accenture, which currently employs 340 people in the city, has said it is recruiting highly skilled employees for positions in its Newcastle-based delivery centre at Cobalt Business Park in North Tyneside.

The roles include 40 new hires who have advanced digital skills, specialising in analytics, cloud, Java and e-commerce.

The Newcastle facility is part of Accenture’s global network of delivery centres, where the company offers technology support to clients around the world.

Managing director of Accenture in Newcastle, Bob Paton said: “Accenture is going through an exciting period of growth in Newcastle, fuelled by increased client demand including more investment in digital technologies.”

“This means that the people we recruit, from apprentices to experienced consultants, have the opportunity to grow their careers at one of the UK’s leading digital companies.”

BT, Leighton Group, Orange Bus and Organise Consulting are among the other Newcastle-based businesses who are also announcing plans to create new jobs in the next few months as their businesses flourish.

Organise Consulting, a digital communications agency, set up in Newcastle last year currently employs 70 people at its Akenside Hill offices and plans to grow staffing to over 100 in the next few weeks.

Mike Joslin, a Londoner who chose to set up his business in the region, said: “I chose Newcastle because of the skilled nature of our work and the fact we need to have a talent base. It is the perfect secondary base for us.”

Orange Bus, a digital agency based on Dean Street, which started up in August last year and currently employs 32 people said it will recruit at least 10 more members of staff this year.

Julian Leighton, co founder and director, said: “We expect to grow year on year and a conservative guess is we will recruit 10 more members of staff this year. There has been a big shift in the last six to 12 months where people are talking more confidently than they were.”