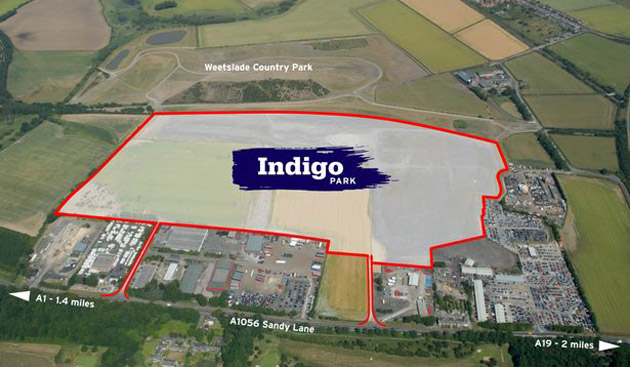 The North East's industrial sector is growing - but is this causing problems for expanding firms?

The region’s industrial sector has seen strong growth so far this year, with more firms requiring larger premises as a result of expansion.

Richard Rafique, associate director at Bradley Hall, said manufacturers in particular have performed well and many companies in this sector have been taking up occupancy in industrial premises based in strategically well-placed locations around the region.

Activity in this sector is helping to maintain economic growth and shows little sign of abating.

Mr Rafique said: “However, there are challenges for the market to overcome. There is a shortfall of prime stock with many of the larger properties over 10,000 sq ft becoming obsolete.

“This problem will become even more acute if companies continue to trade up to bigger premises – and this trend is likely to continue as long as the economy remains robust.

“For prime units the market is seeing a change, with rents hardening and fewer incentives being offered. Meanwhile, capital values remain steady due to lack of supply.”

Knight Frank is equally upbeat, saying that take-up of large industrial units has been a feature of the market this year with over 1.2m sqft let resulting in a lack of large-scale units.

Mark Proudlock, partner of industrial agency at Knight Frank, said the most recent letting has been a 60,000 sq ft warehouse on UK Land Estates’ Tyne Tunnel Estate which has just been acquired by Vantec, an important Nissan supplier, on a short term basis.

“This demonstrates how the improved traffic flow through the dualled Tyne Tunnel has opened up North Tyneside as a location for Nissan suppliers but it also shows the lack of large-scale warehousing immediately available closer to Nissan,” said Mr Proudlock.

“So bringing back supply to the market is important and there are schemes which can alleviate the situation.”

In terms of land supply, Highbridge Properties has secured Indigo Park, an 82-acre site in North Tyneside close to the A1.

Mr Proudlock added: “This is one of very few major strategic sites in the region to be actively marketed and promoted for development without the constraints many of the other sites suffer from. Highbridge is promoting the site in conjunction with North Tyneside Council which is the majority land owner. This prime site is capable of providing units up to 1.5m sq ft.

“On Team Valley, UK Land Estates is bringing forward the second phase of the Maingate scheme which will include high quality advanced manufacturing units and at Dukesway Central planning consent is in place for three new units of up to 27,000 sq ft. The 140,000 sq ft Acxiom building on Doxford International Technology Park, Sunderland, is also available, though attracting strong interest.”

Overall the regional outlook suggests that while occupier confidence is expected to continue to improve, owner occupier activity is expected to soften given expectations of forthcoming interest rate rises.

There is little indication that developers are willing to bring forward speculative development in the region, meaning new development is only likely to come forward via design and build agreements.

The supply of available modern buildings will continue to shrink in the absence of new development, and this is expected to put upward pressure on rental levels in the region.

GVA’s latest Industrial Intelligence Report concludes that demand for large logistics warehouses remains positive, although during the first half year take-up of warehouses over 100,000 sq. ft. was relatively modest, at 8.1 million sq. ft. This was 18% below the five year six-monthly average.

Danny Cramman, head of industrial agency at GVA in Newcastle, said: “In the North East the availability of standing industrial stock in the region is diminishing to the point that it could well restrict growth in the region’s economy.

“There has always been a limited supply in the 100,000 sq. ft. plus size range but there has been a good level of take up in the first half of 2014 and it is currently at an all-time low.

“This issue is now being mirrored in the smaller size ranges and companies seeking good quality space over 20,000 sq. ft. in the region’s key industrial locations have far fewer options than they did 12 months ago.

“There is some limited speculative development in the region but these schemes alone are nowhere near the scale needed to address the problem and the region needs to find a way to encourage developers back to the market to give the regions manufacturing and distribution sectors the space to grow and create sustainable jobs.”