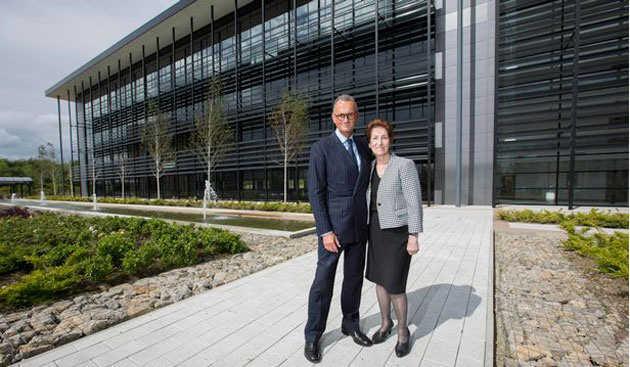 Developers Highbridge said three new deals are about due to conclude, leaving just two buildings at the Cobalt Business Park.

Property firm Highbridge has announced one of the biggest business parks in the UK is now 90% let following a raft of key expansions.

The developers of Cobalt Business Park in the North Tyneside made the announcement as it approached the end of its financial year, having secured lettings during the year with technology firm Accenture, Hewlett Packard and DNV.

In addition Highbridge have sold Cobalt 13a for £4.91m.

Three more deals are due to conclude in the next few weeks which will mean that Cobalt, the UKs largest office park, is now 90% let.

Adrian Hill, director at Highbridge, said: “This has been another year of very solid progress.

“We are delighted that such key occupiers as Accenture and HP have each acquired more office accommodation on two occasions over the course of the last 12 months.

“In particular we recognize the value of our close working relationship with North Tyneside Council, who are headquartered at Cobalt, and the support we have had to enable us to attract such major new occupiers as Accenture and Utilitywise over the last three years. Indeed in that period we have let 300,000 sq ft of office space and created 3000 jobs.”

Norma Redfearn, elected mayor of North Tyneside, added: “It is great news that in less than three years, Cobalt has grown and is now 90% occupied with the creation of more new jobs for North Tyneside.

“Cobalt alone now employs 14,000 people which is a fantastic achievement.

“Our borough is now leading the way across the region when it comes to attracting investment and job creation from world class, leading companies such as HP, Accenture, Utilitywise and Siemens Renewables.

“We are proud to have them in North Tyneside and I look forward to developing further our working relationship with Highbridge to continue to build on this success”.