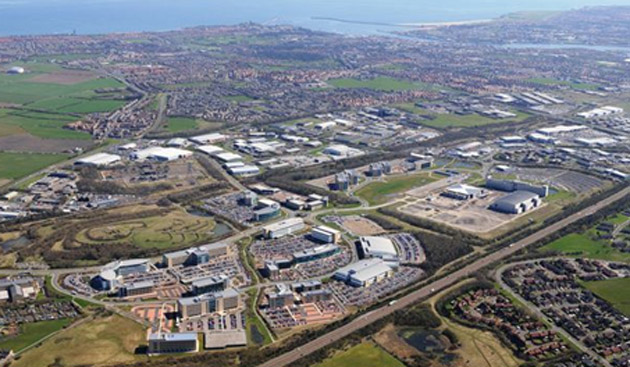 Business and council leaders in North Tyneside are toasting a successful drive to bring new jobs to the borough.

A drive to bring jobs to the region has been hailed a success with main business parks in North Tyneside celebrate rapid growth.

Over the last year 1,800 new jobs have been created at Cobalt and Quorum business parks, bringing the workforce up to 17,000.

The Journal recently revealed how Cofely, a leading multi-national provider of integrated and energy services, announced it was to create up to 200 new jobs in North Tyneside, after setting up a new operation on Quorum.

AIM-listed energy consultancy Utilitywise is also relocating to Cobalt as part of its growth strategy, a move which allows it to create an additional 560 North East jobs.

North Tyneside mayor Norma Redfearn said: “We are absolutely committed to supporting job creation in North Tyneside – we know it’s something which is very important to our residents.
“That’s why it’s so fantastic that global corporations are coming here – a place where they know they can recruit a highly skilled, reliable and loyal workforce.

“While the needs of the different businesses in the borough do vary considerably, our business parks and our local workforce are meeting their requirements as they continue to grow. The world-class investment and growth of companies on our business parks are really putting North Tyneside, the region and the country on the map.

“The recent letting of space to Utilitywise plc – the largest office leasing deal in the region since 2009 – was a major coup for North Tyneside. Companies know that the borough has so much to offer, including modern, purpose-built offices, plenty of room to expand, great transport links, and of course, the help and expertise of our council business teams.

“We look forward to encouraging more businesses as we really do believe that North Tyneside is the place for companies to be.”

Global technology business Hewlett Packard (HP) also recently announced it would be taking a new office on Cobalt, in addition to two buildings it already occupies, creating an additional 300 jobs.

As a result of these successful deals, Cobalt is now 80% and Quorum 55% occupied.

Adrian Hill, director of Highbridge who own Cobalt Business Park, said: “Cobalt has enjoyed a remarkable year so far. In fact more office space has been let at Cobalt than at any other office park in the country. Furthermore seven major occupiers have now expanded within Cobalt further underlining the attraction of North Tyneside to corporate occupiers.

“I expect further announcements to be made in the near future regarding other significant lettings at Cobalt.”

Thousands of additional jobs are expected to be created with the development of Indigo Park, on Sandy Lane, and Swans, the former Swan Hunter shipyard, accommodating manufacturing and distribution companies and supply chain businesses linked to the offshore and renewable energy sector.