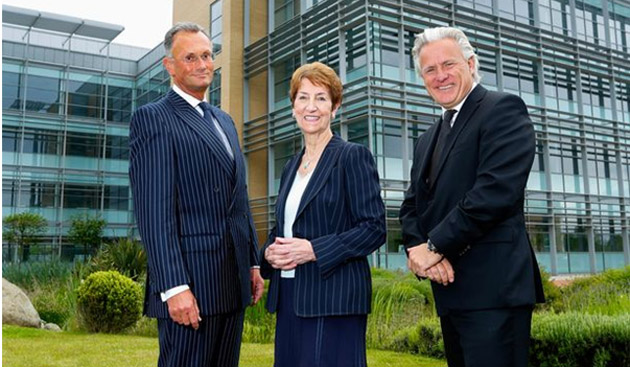 The Tyneside firm, which manages energy and water meters for public and private sector companies, said turnover and pre-tax profit for the year ended July 31 are expected to be in line with market expectations.

Net cash balances as of July 31 stood at approximately £9.7m, comfortably ahead of predictions thanks, in part, to improved commercial terms with a number of energy suppliers.

The group’s revenue pipeline – sales that have been secured but yet to be recognised – was £28.2m, compared to £16.6m posted for the comparable period in 2013.

Trading remains strong and the board said it is confident in the group’s ability to deliver continued organic growth, with the customer base continuing to grow across all business units and the group’s new business run rate remains in line with management expectations.

The Journal revealed in April how the firm was looking for new headquarters after forecasting further growth over the next two years to take on up to 600 new staff members, taking total headcount to around 1,400 by July 2016.

The new scaling of the business model meant the existing South Shields base would not be able to cope with such growth, and after a long search chief executive Geoff Thompson has signed up to larger, 77,632 sq ft premises at Cobalt Business Park in North Tyneside – the largest office leasing deal in the North East since 2009.

The company, which started out as a four-man operation based in a Regus-serviced office on the Team Valley in 2006, employs 640 in the North East and also has sizeable bases in Redditch, Bury St Edmonds, Portsmouth and Leicester, as well as 150 staff in Prague.

Mr Thompson said he was determined to maintain the headquarters in the region, despite having options to move the main base elsewhere, and that all current staff will migrate to the flagship building, including more than 100 from South Tyneside, which represents 17% of the UK workforce.

He said the strategic scaling is continuing well, and that the move into Cobalt Business Park is on course.

He said: “We are delighted to provide an update on what has been another period of growth for the business, both organically and through acquisition. The strong trading momentum from the first half of the year has continued into the second half and as a result, we anticipate results to be in line with market expectations which were revised upward at the time of the group’s interim results.

“Progress with the strategic scaling of the business has continued as expected and the planned move to our new facility is on schedule for occupancy to commence in October, providing the necessary capacity to grow total group headcount to 1,400 over the next two years.”

Utilitywise expects to announce its full year results in the final week of October.