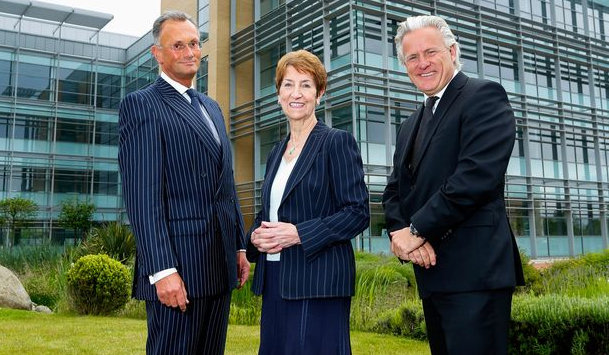 Energy consultants Utilitywise are ready for the next stage in their phenomenal growth after announcing a move into a new North East base.

The Journal revealed in April how the firm, a leading independent utility cost management consultancy, was looking for new headquarters after forecasting further growth over the next two years to take on up to 600 new staff members, taking total headcount to around 1,400 by July 2016.

The new scaling of the business model meant the existing South Shields base would not be able to cope with such growth, and after a long search chief executive Geoff Thompson has signed up to larger, 77,632 sq ft premises at Cobalt Business Park in North Tyneside – the largest office leasing deal in the North East since 2009.

The move follows strong financial results, which saw the company report a 105% rise in revenue to £21m for the year ended January 2014. Turnover for the current financial year is predicted to more than double to £45m, rising to £62.5m and £85m in 2015 and 2016 respectively.

The company, which started out as a four-man operation based in a Regus serviced office on the Team Valley in 2006, employs 640 in the North East and also has sizeable bases in Redditch, Bury St Edmonds, Portsmouth and Leicester, as well as 150 staff in Prague.

Thompson said he was determined to maintain the headquarters in the region, despite clearly having options to move the main base elsewhere, and that all current staff will migrate to the flagship building, including more than 100 from South Tyneside, which represents 17% of the UK workforce.

He said: “We are confident there is further growth ahead and we are moving to larger offices to prepare for that expected demand.

“We have been looking at property options for some time and South Tyneside Council have been incredibly supportive and have tried to find options within the authority – the leader of the council and the chief executive have both been involved.

“I want it put on record that I’m immensely grateful for their efforts. We’ve enjoyed a great period of growth while based in South Shields but, sadly, we have outgrown it.

“This isn’t about a South Tyneside business leaving South Tyneside – this is a success story for a North East business serving customers nationally and internationally that is committed to staying in the North East, and we decided that Cobalt is the right fit.

“All current staff will migrate to the new facility and we are talking about doubling our revenues and profits and will recruit almost 600 people within the next two years.”

The firm’s future plans include organic and acquisitive growth, and Utilitywise is currently exploring further buyout options, having made four key acquisitions over the last two years, most recently the buyout of Prague-based communication company ICON.

Thompson added: “We are still an acquisitive company and a few opportunities are being explored at the moment.

“The idea is to look at firms which add to our offering, and in that I’m speaking about control and demand management so we can help our customers to procure power more effectively but also monitor and control it, and become more energy and utility efficient, so we are looking at opportunities to acquire a capability and add further value for our customers.”

Adrian Hill, director at Highbridge Properties plc, said: “Being able to attract a North East based PLC to Cobalt is further testament to the quality of our buildings and world class working environment.

The Elected Mayor of North Tyneside, Norma Redfearn, joined Geoff Thompson and Adrian Hill at the new state-of-the-art offices to mark the announcement.