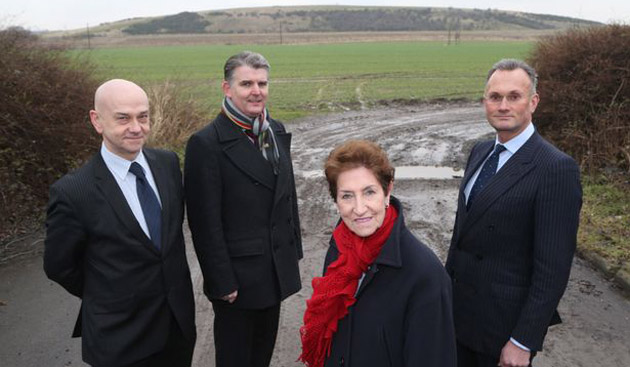 Developers have collaborated with North Tyneside council to create a new industrial site with the capacity to generate more than 1,000 jobs

Developers behind the UK’s largest office park have collaborated with North Tyneside council to create a new industrial site with the capacity to generate more than 1,000 jobs.

Conservative estimates for the fully let park have been placed at £100m by Highbridge director Adrian Hill, who said the site is available for immediate development and will offer manufacturers and distributors the kind of space that has, until now, been unavailable on other industrial sites in the North East.

The site, located on Sandy Lane, close to the A1 at Gosforth Park, is being developed by Highbridge to offer potential tenants large bespoke and purpose-built premises to satisfy their individual needs.

Established in 1988, the London-headquartered company has completed a raft of schemes including Newcastle Business Park and industrial projects at Peterlee and Sunderland, but in the region the firm is best known for Cobalt which, with more than 12,000 employees, a four-star hotel, nursery, conferencing facilities and a Tesco and Greggs. extends to in excess of 2 million sq ft.

Adrian Hill, director of Highbridge, said: “We are delighted to have secured this outstanding development opportunity particularly as the demand for well-located large-scale manufacturing and distribution units is increasing steadily and the supply of available stock to meet that demand is already at a very low level and reducing fast.

Elected mayor of North Tyneside, Norma Redfearn added: “This development, delivered in partnership with Highbridge, is great news for North Tyneside and the wider North East. Indigo Park meets a demand for development opportunities by manufacturing and distribution companies and will provide much-needed jobs for local people.”

Simon Haggie, partner at Knight Frank, said: “This is probably the only significant new land release currently in the Tyne and Wear region and its proximity to both the A1 and A19, as well as a large employment catchment has got to make it an attractive proposition for end users.

“Most agents are bemoaning the lack of modern/new stock in the area, particularly at sizes greater than 50,000 sq ft and this site offers the scale to build individual units of over 750,000 sq ft.”

Knight Frank and Storeys Edward Simmonds have been appointed as agents to market the scheme on behalf of Highbridge.